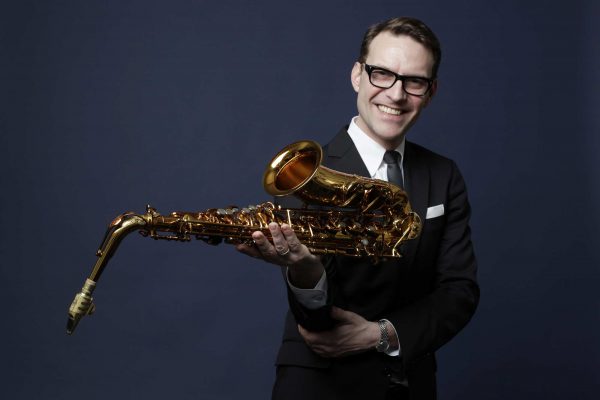 Benjamin Herman began playing the saxophone at the age of twelve. At thirteen he was playing on the professional tours. Even as a teenager and turned all over the world with different bands and jazz groups and began to create their own projects.
His fame spread beyond jazz circles in the 90s when he formed the New Cool Collective innovative training.
Having made a name and reputation as a soloist as a teenager, he has since participated in over a hundred albums released with all kinds of international artists, from Candy Dulfer to Misha Mengelberg.
Herman has also forged his career and prestige as a composer in the Netherlands and internationally.
With its main training, New Cool Collective, as with other formations in smaller formats, their live performances are inspired by jazz dance, surf, punk, free jazz and traditional music music from around the world , attracting fans of all kinds of musical genres, not just jazz fans.
At the same time, plus inspiration in this music, explores in depth the repertoire of composers like Byard, Monk and Mengelberg.
Currently Benjamin Herman is one of the most original and productive musicians from Holland, exploring musical influences that go beyond the world of jazz.In 2005 he signed with the record DOX Records with which he has recorded several works on CD and vinyl format. With the album “Campert” (which includes the collaboration of poet Remco Campert) he won his third EDISION prize.In 2006 he received the prestigious VPRO / Boy Edgar Award and in 2008 was voted “most elegant Dutchman” by Esquire magazine.Benjamin has recorded and toured with Paul Weller live, has scheduled several festivals, has toured in Brazil, Argentina, Kenya, Russia, UK, Canada, Ireland and Japan.His tenth solo album “Blue Sky Blond” (which includes collaborations with Paul Weller, Perquisite, Git Hyper, Jesse van Rull and many others) became the most downloaded jazz album of the Netherlands in 2009.In 2010 Benjamin turned his quartet US, recorded an album in Shanghai and published a special edition of his album “Hypochristmastreefuzz”.With New Cool Collective publishes its twelfth album in 2011. In 2013 he published his fourteenth solo album, “Café Sol” with Ernst Glerum (bass) and Joost Ànecčca (drums). “Trouble” published in July 2014 becomes his 16th album recorded as a soloist.