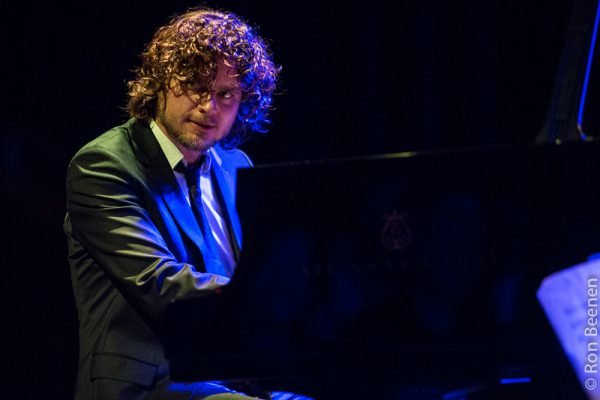 According to the internationally acclaimed website AllAboutJazz
Harmen Fraanje is emerging as one of the most impressive young European pianists of the past decade.”
The same website selected a performance by this trio with Clemens van der Feen and Flin van Hemmen as one of their favorite concerts of 2010. Pianist and composer Harmen Fraanje was born in Roosendaal, The Netherlands in 1976. As a teenager he found a lot of inspiration during his weekly meetings with his piano teacher Frank Jansen, his art teacher Frans Stohr and blues guitarist Ralph de Jongh. During his study Piano Jazz and Improvised Music at the conservatories of Tilburg and Utrecht (teachers Willem Kühne and Bert van den Brink) Harmen was recognized as being a
versatile pianist by musicians like trumpeter Eric Vloeimans and saxophonist Mete Erker, who both asked Harmen to join their groups.
Around this time bassplayer Hein van de Geyn offered Harmen to release an album for his label Challenge Jazz. Harmen recorded his debut album Sonatala with Brazilian guitarist Nelson Veras, French drummer Matthieu Chazarenc and bassist Hein van de Geyn. The album was presented during a concert at the North Sea Jazz Festival in 2004. In 2006 they recorded the album ’Ronja’ with French flute player Malik Mezzadri. Momentarily Harmen is very active and continuously on the road to perform with projects that he leads or co-leads. Besides that Harmen is regularly asked as a sideman and guest. He performs frequently with trio Reijseger Fraanje Sylla, with cellist Ernst Reijseger and Senegalese vocalist and percussionist Mola Sylla. The trio recorded two trio albums for the German label Winter and Winter: ’Down Deep’ and ‘Count till Zen’. Both albums captured worldwide attention and got very positive reviews.Further the trio recorded and composed music for several movies by Werner Herzog, Roberto Zazzara and Martijn Maria Smits.>

For more than 10 years Harmen has been playing in a trio with French musicians Toma Gouband (stones, drums, percussion) and Brice Soniano (bass). This group recorded two albums for the French label Cristal Records. And in may 2015 the trio released the album ‘Shades of Blue’ using their own platform/label Astropπ. For some years the trio is finding inspiration in investigating numbers and proportions. The trio also invited guests such as Guilhem Verger, Malik Mezzadri, Michael Moore, Juan Parra and Fredrik Ljungkvist. Harmen has had his trio with Clemens van der Feen on bass and Flin van Hemmen on drums. They recorded the album ‘Avalonia’ for Challenge Records. The trio performed also in quartet with American saxophonist Tony Malaby. For some years now Harmen and guitarist Anton Goudsmit co-lead a quartet with German bass clarinet player Rudi Mahall and drummer Samuel Rohrer from Switzerland. Further there is a collaboration with Martijn Vink (drums) and guitarist Reinier Baas. As a sideman Harmen performs with the Michael Moore quartet. This group with Michael Vatcher (drums) and Clemens van der Feen (bass) recorded 3 cd’s, all released by Michael Moore’s label Ramboy Records.In 2014 the quartet toured the in USA, also visiting Moore’s hometown Eureka. Harmen is member of two groups of the Norwegian bassplayer Mats Eilertsen. The Mats Eilertsen trio with drummer Thomas Strønen recorded two albums for the Norwegian label Hubro. Mats also started a larger ensemble ‘Rubicon’ with saxophonists Trygve Seim & Eirik Hegdal, Rob Waring on vibraphone, guitarist Thomas T Dahl and Finnish drummer Olavi Louhivuori.

Harmen is also sideman in the Clemens van der Feen quartet and guest with the Pit Dahm trio. Harmen is in the faculty of the Conservatory of Amsterdam. And he’s frequently invited to give masterclasses and workshops at other conservatories. Classical music, Jazz, improvised music have had a big influence on Harmen’s music and compositions. Nowadays he as well loves listening to traditional music from anywhere. His current favorites are recordings of Shona music from Rhodesia/Zimbabwe (Hakurotwi Mude), Mbenzele Pygmy music from Republic Central Africa and accordeon music of the Masikoro Country in Madagascar.Harmen currently lives in Amsterdam, Netherlands. 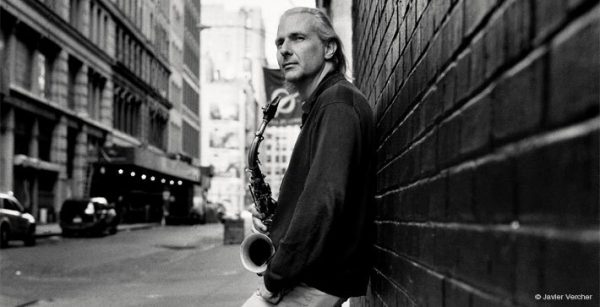 The alto saxophonist Perico Sambeat is regarded as one of the great Spanish jazz musicians. It has earned enormous prestige for his extraordinary career, both inside and outside of Spain. With over twenty albums as a leader and more than a hundred as a sideman, they highlight his work with greats like Brad Mehldau, Kurt Rosenwinkel, Tete Montoliu, Michael Brecker, Pat Metheny and so on.
With more than 20 years of professional experience, Perico Sambeat is the Spanish saxophonist with greater international projection. With a strong classical base, he began his studies of modern music in the Taller de Musics of Barcelona where he had teachers like Zé Eduardo. In 1991 he moved to New York where he joined the New School. There he played with masters such as Lee Konitz, Jimmy Cobb or Joe Chambers.
His prolific career has led him to participate in festivals and programs worldwide, and to record discs among which are Uptown Dance with Mike Mossman and David Kikoski; Cruce de Caminos with Gerardo Núñez; Friendship with Brad Meldhau, Kurt Rosenwinkel and Jeff Ballard, published by ACT, Flamenco Big Band, with Miguel Poveda and Javier Colina among others and published by Universal-Verve, Dance Guaná, third album CMS Trio with Javier Colina and Marc Miralta, Baladas with his quartet with Borja Barrueta and Bernardo Sassetti and again Colina, Elàstic a quintet with Jeff Ballard, Eric Legnini, Andre Fernandes and Thomas Bramerie. These last three albums released have been released by ContraBaix / Karonte.
He has also participated in many recordings, collaborating with artists like Dave Douglas, George Colligan, Eddie Hendeerson, Bruce Barth, Wallace Roney …

During his career Sambeat has been awarded both nationally and internationally, some of them are here as follow: