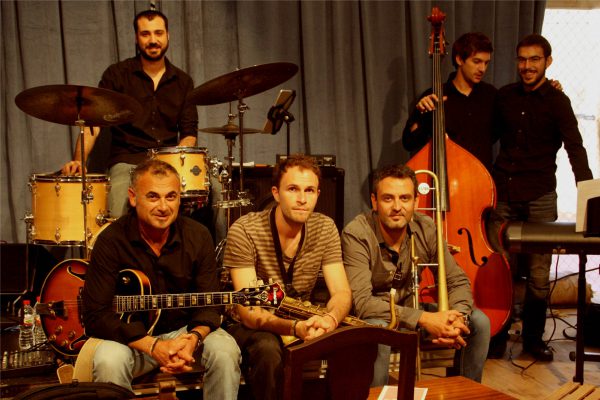 Antoni Miranda (Palma de Mallorca, 1960) started playing classical guitar at age 13 and already at 16 he was playing concerts in the “Guitar Center” in Palma. Then he gets interested in jazz and met Salvador Font “Mantequilla” Manolo Bolao, with who he works for some years. Founder of different jazz groups as “Brossat” and “Téntol” and a regular contributor at recording sessions he has been part of the Big Band of Palma and represented the Balearic Islands at the “National Exhibition of Jazz” 1989. His career has developed as well as arranger and music producer of the album “Mallorcatur” (Reprinted 2004) author of the music for the TV series “Majorca magic”, “Magic Menorca” and “The route of the onion”. He is also part of the “Chamber Jazz Trio” with whom he recorded an album. He made arrangements for “JONDE” (National Youth Orchestra of Spain) and has been arranger and guitarist in the band “Orquestrina of Algaida”, with whom he recorded his latest album, “Di-versions.”

Toni Miranda & The Jazz Fingers are Teo Salvà on drums, Joan Garcias on bass, Jaume Riera at the piano, Tomeu Garcias playing trombone while Miquel Àngel Rigo plays tenor sax. Here, the guitarist is working with this young group with the intention of presenting his compositions and arrangements. Antoni Miranda leads his group “Miranda Jazz Quintet,” but his interest in new jazz new formations in the island has led him to take part in this new venture with The Jazz Fingers.